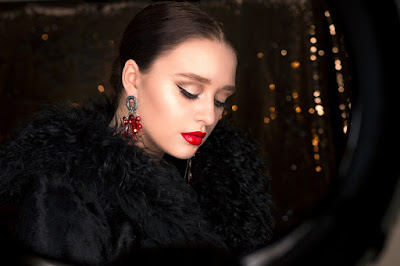 I think I've realized the lack of connection between key and thought is the lack of heart. My meds prevent me from truly "feeling" anything and writing don't come from the words. Writing comes from the heart. Whether it's creative writing or journalling - it comes from a place that scares most people. A place that's hard to face because it mirrors a reality that most people just can't handle. I know a few of the thoughts that would come out if I tried writing. I know a few of the ones that wouldn't because they are buried too deep to accidentally uncover. It's not like I'm a complete stranger to myself. More like an acquaintance. But, one I wouldn't want to run into in a dark alley. I just don't trust her enough. She's only ever in it for herself anyway. That's so like her, too. She'll convince anyone that she's sweet and innocent, but it only makes the final blow that much more unbelievable. The funny thing about that word is that it can be a compliment or an insult, depending on who it's referencing. I always thought it was interesting how many words can mean the opposite when used to describe someone. Either way, it's her trademark. Trick and defeat. Create and destroy. It's my trademark, too. I only judge the trait in her because I can see she's only mirroring me. I was never the best teacher. Never claimed to be. I don't have enough of my head together to teach someone else how to get their ducks in a row. But I think if we waited until we had things figured out, life would slip right through our fingers. I can't wait until I know how to write to write. I can't wait until I've learned how to draw before picking up a pencil. I can't hold off teaching others what I already know until I have a certificate saying I can. I have to jump in headfirst. It's risky, but that's the only way to take chances, make sacrifices, and amount to something.

It's all a learning curve anyway. Half the time, I'm motivated to tackle my own sense of self, find purpose and meaning and do something. Create or just be, but be myself and be anywhere my feet want to go. I say half, but it's a much smaller percentage. I just want to dream big, so I give it a better number, something that sounds like it's within reach. The reality is that the part of me that dreams are only about 1% of the whole. The other 99% barely survives and doesn't even want to. That 1% keeps me fighting, keeps me breathing. Even if the rest of me doesn't quite understand why. I won't have the answers. Neither side can have the answers because the question hasn't been asked. I've asked many, I'm not saying I haven't. I just haven't asked the right ones. And maybe I don't need to. Maybe no one does. Maybe human beings become too focused on finding the answer. Maybe the answer is the absence of answers. Living without expectation. Understanding that there is no higher purpose for anyone. We make our own destiny. We either become the brightest star or fade out without a thought. But maybe, we have to take the risk to find out who we are...

I got Moby's "Made of Stars" in my head. It feels suiting that we are, in fact, all made of the same particles as the stars. We're all made of the same molecules when you break them down to the smallest form. Everything in the world is composed of the same atoms, at the core. So success and failure, the good or the bad, Angels or Demons, Heaven or Hell, it's all the same. It doesn't matter which side the coin lands on because it's all a matter of perception anyway. Maybe there isn't even a coin! That's the philosophical part of my mind, wondering about the reality of anything. The overall purpose, and lack thereof, of the world. These used to be the thoughts that kept me up at night until I started turning the questions inward. Asking myself why I wasn't out there, bright and shining in the sky, name on the tip of every tongue. Or at the very least, why I wasn't getting up every morning to offer a service to the world. I barely even offer a service to myself and that's become the focus of my overthinking. Once my favorite subject, now my least favorite subject. I don't need to be the name on every tongue because I wouldn't hear them talking anyway. I can only hear my own voice. I can only echo my own failures.
Shorts 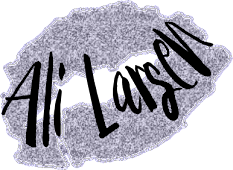