Flash. The credits are rolling past. A white font over a plain black background with nothing but the sound of static playing in the background. This isn't the kind of movie with a score. It's the kind of movie no one would ever pay to see. One that bombs on opening night and never sees the light of the theatre again. 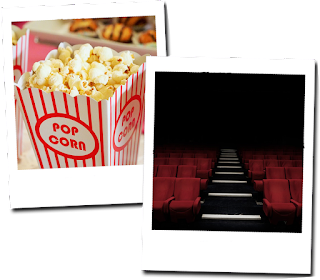 Yet, here we are. Popcorn in hand and eyes glued to the screen like the answers are right in front of us. Knowing the way he thinks, that's exactly what he's hoped for. Answers. But I know better than to put faith in something unpredictable. Terrible movies have no hidden meanings. Especially when they're based off more terrible lives. Ours, to be specific. The ones we've lived together and the ones we've lived worlds apart. Split screen and then joined. Then split again. That's the way it's always been for me. I've never been able to share the screen with someone else. I'm too big to co-star with anyone. I need the attention. I'm a big baby when I feel like it's divided. "Does not play well with others" is written on my resume in an ink that can't be erased. It's like a curse, doomed to be forever alone. Only one I placed on myself and one I could remove at any time. I just prefer it this way. It makes more sense. Why try to make something work with someone else when I have a hard enough time trying to make it work with myself? He's not like that though. He's happy to share the attention. In fact, he's happier. He doesn't like all the attention being on him. He walks into a room like a wallflower. He doesn't command the scene, steal attention and become his own spotlight. That's my job. My life. But exactly why our screens could never be shown side by side. Too much of a difference. A contradiction. Sure they say opposites attract, but that's no good when ones of those opposites don't want to attract the attention. It's even worse when the former wants it all. I wouldn't want to watch this production if it was literally the only thing there was to do. I'd rather sit in complete silence and stare at a winter white wall. Somehow, he managed to make it sound like a great deal. Just me and him. No interruptions. Shutting out the outside world and forgetting anyone else even exists. Somehow, that sounded appealing to me.

He appeals to the side of me that I try to hide. The side that wants more than anything to see a show with more than one character. At least once. But the rest of me stopped hoping for pipe dreams. Stopped wishing for the impossible. It may be a self-imposed curse, but I've long forgotten how to remove it. I never really thought I'd have a reason to want to. Most of me believes I still don't. But he has a way of climbing inside the fortress around me and just making himself at home. Wrapped in a red and blue striped sweater his grandmother knitted with a bowl of popcorn in one hand and a hot chocolate in the other. If only I locked myself out with the rest of the world, I might know how to enjoy this moment.
at September 02, 2017