Dance With My Demons 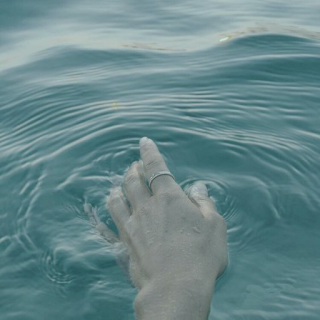 I find that what I post on here is overly optimistic. Even when I'm feeling like I'm drowning in my depression, I pop over here and write about "looking at tomorrow". It's unrealistic to think someone who is suffering from depression can always see the brighter side. That's one of the reasons depression is so hard to overcome. There are times you don't see the brighter side, you can't see it. In fact, you're so far into the dark that you don't believe light even exists anymore. That's how depression is. But I have a hard time expressing my real emotions to people. I'm too afraid to scare people away. Too afraid to cross lines I don't even know are there. I don't know what's okay to talk about and what isn't. I say what I think. There's no filter between mind and mouth. That results in sometimes saying things I don't mean (and often hurting people's feelings). That's a character flaw.

I never know where my thoughts are coming from. But I find if I try to keep them inside, they become a poison that slowly drains the life out of me. Yet when I express myself, it backfires almost every time. So I have to write my thoughts down on paper or in a text box where no one else will see them. I feel like everyone should have the freedom to express themselves and what goes on inside their heads. It's a shame that most people don't have that luxury... But the upcoming months are going to be hard for me. They are going to force me to face a lot of things I've pushed down. To dance with my demons, out in the open, even with an audience. That's what group therapy is like. As much as I'm dreading it, I know that it will be beneficial to my well-being.

Lately, I think I've been having trouble trying to exist. It used to be that I felt this pressure to live, not just exist. I wanted to do something, not just sit around and fade into obscurity. Yet I feel like I'm fading into obscurity right now. Like I'm losing grip on reality. Nothing feels right. My life isn't my life. My body isn't my body. I don't find anything interesting so nothing keeps my attention. I hate feeling this way, but I don't know how to get out. I don't think it's normal to feel this way. I feel so disassociated from everything. I feel lost, like a lonely sailor on a route for so many years he's forgotten how to even talk to people. The loneliness has me wanting to reach out. Mostly to people from the past, who have nothing to offer me in the future. I would reach out to the people still in my life, but I've got this feeling they have nothing to offer me either. I'm alone to deal with it and it's just so much stronger than me... But there's nothing anyone could do to help me either. It's a catch 22. I'm sinking and there are people all around me with their hands outstretched towards me, but, I can't reach. I can't reach them, can't reach the answers. I feel like I can't reach anything. I'm just completely losing grip.

I know it will pass. The way I'm feeling is entirely caused by the depression. It feels like everything is either the end of the world or doesn't matter at all. I have no room for positive emotions, of course. I can only feel negative (even when I'm expressing positive thinking, I don't feel the words I'm preaching). I've felt suicidal for a week straight, a new occurrence for me. Usually, it comes and goes, but it's been a consistent thought. That's weighing me down, making me feel like a useless human being. I keep thinking "normal people don't feel this way".  My therapist asked what "normal" meant once. I couldn't explain. But I think normal means not wanting to kill yourself every minute of any given day. I think it's just, life. Maybe it's something about the cold winter. Maybe it's feeling trapped. I want out, but I feel like I lack the ability. Maybe there's help for people with mental disabilities. Maybe I need to recognize that I'm disabled. I don't really know what I mean. I talk and nothing makes sense...

I'm completely fucked up, is the moral. As much as I want to try and be this person who has a good bead on things, I'm not. I'm not that person. I'm a walking disaster. A total wreck. I'm stuck in patterns that have gotten me nowhere. I pour my heart out to people who don't hear a word I say. I feel lost and dismissed. I feel hated, unloveable (I recognize that's my own perception). I hate myself more than anyone else could ever hate me. This is my reality. This is what I have to deal with 24-7. Maybe coming here, talking to you guys, maybe that's just an escape for me. Like watching TV or listening to music. It's a way for me to project my heart's desires, without having the backlash of being told it's unrealistic to dream bigger than myself.