Everything You Ever Wanted To Know About My Writing Starts With This Piece Of It
Date Written: January 20, 2016 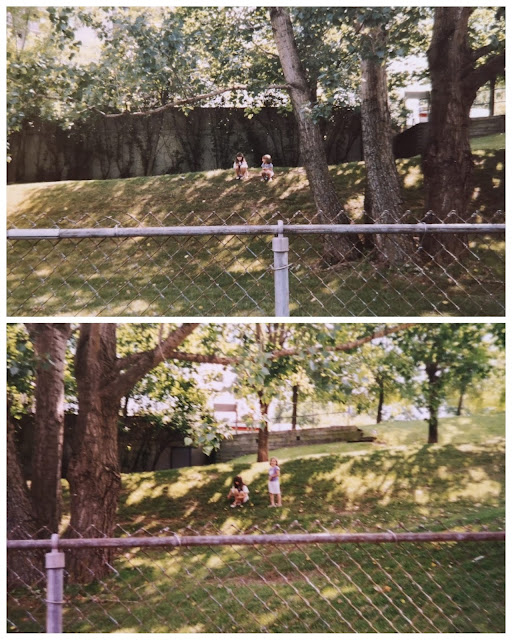 We sat above the park, always overlooking. Our legs hanging over the concrete wall we perched ourselves up on. We didn't “rule the streets”, we watched them. The guardian angels they never knew were even there. We watched children running around everywhere. In the sand, on the swings, rolling through the grassy hills. These were our friends, our neighbors. Lost kids who lived in the projects, looking to find meaning in each other. Skipping rocks, jumping rope, whatever their imagination could come up with. But ultimately, spanning time.

There was yelling, swearing from the highway behind us. Horns being whaled on so loudly the sound could be heard over the music blasting from the same cars. These were our influences. Our teachers, and professionals. Parents. Lost adults in the city looking to find meaning in method. Careers or success, cocktails at the bar after work or losing the fight in addiction. But ultimately, wishing back the time the spanned themselves. I think to myself that it's funny how most people grow old, but they never grow up.

A scream and a giggle draw my attention to the path below. One of the local kids found something “sharp”. I said it's a needle, and don't touch it. Then they ask about the “dirty balloon” laying in a ball beside it. We laugh, and the kid scampers off. This is our neighborhood. Crack pipes, heroin needles, used condoms, and people of questionable morals. Broken glass lined the path of broken dreams. Lost souls in life looking for meaning in anything.

I'm in quiet contemplation, when he stands up suddenly. I look over at him, and he fakes a smile. His eyes pan over to the park a few blocks away, and I can tell he's feeling a wanderlust. As much as he loves being on my level, he likes being on theirs from time to time. I don't say anything, instead offering a genuine smile and a nod as my response. He jumps over the side of the wall in a swift movement. He turns around, looking up at me, and nods. Then he's darting off. I let out a sigh as I watch him walk away.

There was nothing, and everything, profound in that moment.

It was the exact moment I accepted that there is no greater purpose. No grand design. We struggle from the day we're born until the day we die because we're all meant to be evolving. Every day we face trials we must learn from and overcome. What you learn one day will determine your trials for the next. Some ignore their trials. Live mediocre and safe. Some can't rise above them, and bow out of the race. Most of us struggle. Everyday. Just to get to the next. Even when we're sure we're going to fail, we just keep going. Why?

It's a side effect of the depression, to think that way. But, it's hard to see the state of the world, and not feel this overwhelming sense of “what's the point” in everything. It's only human to feel, lost. But to see the world in the shattered fragments I see the world in... There's a beauty in it, too. It's a curse more than it's a blessing. Still, I can't imagine life without the pain. I can't imagine being the people who worry about public opinions, and change who they are to fit the image. I can't imagine going to school for 18 years, and jumping through hoops to “be” something. I can't imagine seeing in a straight line, and worse, following one. I made my own path, because I had to. There are no previously determined courses of action for the people like us. We walk to our own beat because the record player of the world has skipped over us.

But we exist in the lulls. We are the part of the record that skips. We're the names you can't remember, or the ones you choose to forget. Like the stars in the middle of the day, only there for the eyes that are looking. Always there more or less, but less than more. We are all the lost boys. Abandoned by hopes and dreams of growing up. Swept under the realities of everything being better some day. More hopeful. More forgiving. More potential. We're cast away. Each and every one of us who dared to believe in something more. We hide in the shadows because we're afraid the light will show our true (mis)intentions. We keep our joy inside for fear the world will take the light behind our eyes. So, what's the point? Why bother?

Because, ultimately, we're all in it just for the moments. You, me, and everyone else. Skipping rope, and after work cocktails, that's all there is. We're all fucked up, and each of us is just looking for meaning in something meaningless. Also known as life. We're all miners in the long run, digging our own graves to find relics of “what it's all about”. Looking for answers, but, they don't exist. We're all just pieces of a puzzle that don't quite fit right but were shoved into place anyways. We are all in this together. Whether you know it or not, you're struggling to find a purpose. A meaning. Because we are all the same at the end of the day. When the lights go out on the show of our lives, they all meant exactly one thing: What we made them mean. The moments we held dear. The people who made those moments. That's the real point. The real meaning of life.