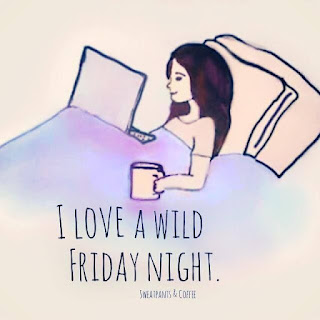 She showed up to the party late. By how much, she couldn't tell. She had a thing about wearing watches, and keeping track of time. The way she'd tell it, time never kept track of her, and likewise. She was off the grid to time. Immune. She didn't have a cellphone either because technology was ruining communication, and she was trying to take a stand against it. She had never been to Lex's parents'. She knew that's where he was throwing the party. His boyfriend, Ryan, has insisted since the new club track they wrote was finally finished. His own version of a record release party. Luckily, she could hear the music from five or more blocks away. She didn't bother knocking, knowing that no one would hear her anyway. She sauntered through the empty hallway, towards the flashing lights that indicated the living room. Ryan had his turn tables out, and was literally playing Disc Jockey fot the night. He was just at the entrance of the living room, the first sight when entering the house. She waved, and headed into the home made disco. She scanned the room, looking for Gabriel. Her eyes spotted him sunken into the couch. He was wearing a black and purple hoodie, with the hood up and his white skinny jeans. He had on his white Kool Aid glasses. Yes, technically they were Ray Bans, but she always said they reminded her of the 90's Kool Aid glasses. He was also wearing, on his lap, a ditzy blonde. She looked to be wearing nothing in a short skirt and low cut shirt. She was a little thrown off. Sure, her and Gabriel weren't technically together, but she thought they were a little more exclusive then what he was demonstrating. She sighed, mostly to herself. She headed towards Ryan and asked him where Lex was. Without answering, he motioned to a door. This door lead to the basement, and she headed downstairs. There were about 6 people in the basement, not including Lex. He was behind the built in bar, mixing drinks. She approached, and they made small talk. She asked about the new track that Ryan wasn't playing because he was remixing a Tiesto song. Lex motioned her to follow, and she followed him into another room. He pulled his laptop out from under a coffee table, and clicked around. Then he turned on the speakers and let the song play. When it was done, she complimented it. He thanked her, but was immediately called upstairs. She headed back into the main room. One of the people in the basement was Nathan. He looked as out of place as she felt. He was sitting in a red bean bag chair with a beer in his hand and his eyes glued to the floor. She slowly approached, taking a seat beside him in the vacant chair. He looked up, almost as though he was startled. She faked a smile.

"You seem out of place." She observed. He nodded.

"I don't know why I come to these things." He mumbled. She laughed.

"Because you like spending time with Lex?" She asked. He shrugged.

"It beats sitting home alone on a Friday night." He added. She nodded.

"That's why I'm here." She agreed. He looked over at her, quietly. She smiled, and he looked down at the floor.

"It's hard to think you'd be alone on a Friday night." He mumbled. She laughed.

"Yeah well, that was the alternative." She assured. He went to say something, but the music spiked in volume. They both laughed, and she motioned upstairs. He stood up, and followed behind her as they headed to the living room. Ryan was sitting back and Lex was behind the stereo now. She looked over at Nathan and shrugged. He motioned upstairs. She nodded, and this time, followed him. He walked down the hall to the second door on the left. He knocked, then opened it and headed inside. She followed.

"So, where we were?" She asked, closing the door behind them. He laughed, sitting down on the bed.

"Something about Friday nights." He dismissed. She walked over and sat on the bed beside him. They were both quiet.

"Well, to be honest, I thought I'd be spending my night with a certain tall tanned man, but, it appears he has other plans of who he's spending his night with." She trailed. He half-laughed.

"Gabriel?" He questioned. She nodded.

"Yeah, I mean, I don't know what I thought, but, when he invited me to this party, I didn't think he'd be here with someone else." She tried explaining. He nodded.

"Are you two, together?" He asked after a brief silence. She took a deep breath, then shook her head.

"No, I don't think we are." She answered. He was quiet again.

"You sound almost disappointed in that answer." He observed. She shrugged.

"I can't deny I'd be happy if we were, but, the reality is, we're nothing." She confessed, looking over at him. He was fumbling with the label on his bottle, but, he looked up just as she looked over. She caught his eyes with hers, and immediately looked down at the floor. She couldn't tell if she was blushing, but assumed she was.

"I think it's his loss." He mumbled. She looked over at him again. He was still looking at her. There was a brief hesitation. He leaned forward and slowly kissed her.