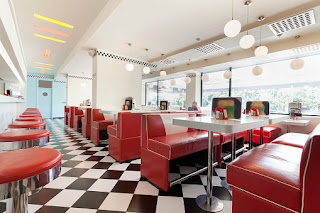 I called Jason when I got to town. He said we needed to talk. I wouldn't have called if part of me didn't want to see him, so I agreed. We met at a quiet cafe. The kind with the small tables and high, almost backless, chairs. I asked what he had been up to, even though I already knew. He asked if I went to New York for school, but I told him I had given up that dream. He made a comment about "our" dreams, and how different they turned out to be. I bitterly replied that I had given up dreaming when he gave up on us. We had both been quiet when he reached for my hand. As he did, I felt that rush. That spark. The same electricity I had felt every time his skin touched mine. We didn't bother with words from there. We went back to his parents. Thunderstorms made less sound. Tornadoes did less damage. The time between this encounter and our last didn't matter in the moments our skin was together. It didn't matter who had been me on nights before. Or who had been him.In the morning, we went for coffee. We went to the same diner we had our first date at. He sat across the table from me, and traced his finger around the coffee stain left from the person before him. There was a look in his eyes that said "don't take this personally" and a glaze over them from conversations like this with girls who were me on mornings after. He was rehearsed. An Emmy award winner. At least sitting across from anyone else. But he was dumbstruck sitting in front of me. He couldn't bring himself to recite those lines. They had no meaning to me anyway. I didn't need the words, I read his body language, and he made his intentions clear. He looked down at the coffee stain, letting out a sigh. He said he never wanted it to be like this. Followed by silence. It's funny how conversation dies right after a bombshell comment. But isn't that why they call it a bombshell in the first place? I didn't believe a word he said, but I couldn't stop listening to his silence. We were completely disconnected now, I think. There was too much distance traveled. Too much mileage.I thought about the first time we sat in this diner. How I was hooked to his tragedy, and how he brought out my own. If only every disaster looked this sweet. We'd all crave tragedy more than we already do. Life is tragic, but we keep on living. Man kinds real addiction is death and we're all in a rat race to the finish line. It's in the fine print in the contract of life. God damned that fine print. I was too drunk to read it, yet some how managed to sign it. It's the same with love. The only sure thing in life, is the death of everything at some point. And sitting in that diner, it became clear that everything we had ever been to each other was dead and gone. He confirmed this when the waitress walked over to us and handed him her number. He shoved it down to the bottom of his pocket with all the others. A graveyard of past and future conquests. This was everything he had become. This was what the world did to him. Or maybe, it was me. But personal responsibility had something to do with it, and it became clear, he was set on self destruction.He may have had a place of residence, but in every way, he was homeless. Even his body couldn't house his mind now. He was a drifter, and the worst kind. He moved from bed to bed, body to body, heart to heart. All while keeping his locked up. I could see it in his eyes now. The boy I once knew, once looked at the stars and daydreamed with, was long gone. There was a hollow shell of a human being in his place. He relapsed on being a human in only fragments. The night before, wrapped in each others arms, wearing each others bodies, it was like nothing had ever changed. Now sitting across the table from him it was apparent that everything had. But I wasn't there for a romantic resurrection. I wasn't there for false hope. I was there for the same reason he was. And he knew it.I broke the silence with his favorite line "might as well drop the bomb, because it ain't love that brought us here". He looked up, cocking a smile. He didn't have to say anything else. Neither did I.