Welcome To My Floor Model Life 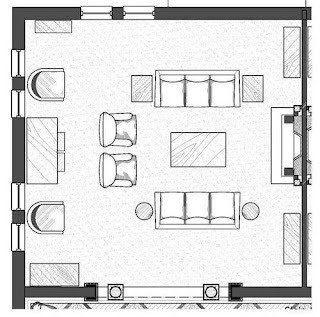 I think my life is too fake to be real. I think the people are too wax to breath. I think everything is too intricately planned to be chaotic. I'm starting to feel trapped. Almost like I'm both digging my grave, and standing above it mourning the soon to be loss of myself. The urge to flee, and the need to be grounded are combating each other in such a way that neither can win. So I'm stuck, in mundane routines. The every day trial and tribulations of living. Going to work, making small talk with strangers who can only be themselves behind a bottle of whiskey, eating dinner across the table from a human shaped tension glow in the guise of Stephen.

Sometimes it feels like I'm part of the Truman experience. Not every day is exactly the same, but on a long enough time line, the same cycles always seem to repeat. They say there's no track in life, you can't derail. Well, motherfucker, I'm derailing. Hijacking the plane just to crash it into the Rocky Mountains. Or maybe dive it into an ocean. Whichever would make for a better headline. Anything to change the cycles. The repetition. I have a good month or two, then a bad week. In that bad week, a bad decision or two. Then a few bad months resulting. I haven't made any decisions recently. I'm too afraid of the reactions if I did. So, I've lost myself in the background music of life. You can find my name rolling through the credits, but I'm sure you won't recall the part I played in the film.

The record skips every once in a while just to remind me I'm still alive.

I know that sounds depressing in retrospect. Life just fits so many metaphors. The good, the bad, the in between nothingness. But mostly, life is an in between nothingness. Nothing before. Nothing after. We just have to make the best of the 60-80 years we have on this planet. Live for the moments. I don't know how much longer I can keep doing this. I've gone through 2 bottles of Jack Daniels this week alone. I can't tell you how much Five Alive has gone with them. It's the only way I can make myself get out of bed. I know how that sounds. I can't look myself in the mirror anymore. I want to smash every one in this apartment shaped prison. But I know he'll get upset. He gets upset about everything.

I want to blame him for the way I'm feeling. He doesn't help. He was once encouraging, you know? But time changes everyone, and everything. I wish it hadn't skipped over me like the kid picked last in gym class. Fuck time. I know I don't need an outside change. I need an inside one. But how can I change my mindset? When it rains every day, you learn to love the flooding. How do you deal with the days without rain? It's almost scary to think about ever changing that feeling. I'm so used to being this sad, I don't know how I'd ever adapt to smiling.

He tells me I need to see a therapist. I need to “fix” myself, or something.

I feel like I need to make a change. I don't want to retire myself to a life without passion. I've watched too many people go down that road. But, the simplest changes don't feel like quite enough, and everything else feels too extreme. But I'm better with extremes. All or nothing. Go big or go home. I only wish I could go home, but the truth is home is so far behind I can't remember the first step I even took. How can I retrace footsteps I don't remember ever taking in the first place? Those same footprints have now been covered by a thousand winters. At the end of the day, looking around this place, it all feels, pointless.

I didn't see this for myself. This prison, this warden, these jobs, people. I knew I wasn't going to be a rock star, but, I feel like there was supposed to be more to my life than this. I was meant to do something, be something, different. But what? Where did I imagine myself being? That's just the thing, I don't know. Everything feels cut and pasted where it never belonged in the first place. Like a copyright infringement – this doesn't belong to me. I don't whose life I'm living, but I know it's not mine. That raises the question, where is mine?